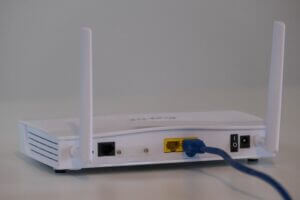 To keep things simple, the main differences between 2.4 GHz and 5 GHz frequencies are coverage (range) and speed (bandwidth).

2.4 GHz signal travels further and covers a wider area but transmits data at a slower speed.

5 GHz band transmits data at a faster rate but has less coverage.

Interference on 2.4GhHz vs 5GHz

Interference can cause your WiFi connection to become slower.

5GHz band has 23 channels which make it easier for you or your router to find the least noisy channel for you.

How far can 2GHz and 5GHz wireless frequencies reach?

What do the numbers and letters mean?

Every new standard comes with improvements to speed and efficiency.

How fast are 2GHz and 5GHz wireless?

Source: What’s the difference between 2.4 GHz and 5 GHz WiFi?

Why does 2.4GHz band have greater range than 5GHz?

In most cases, the higher the frequency of a wireless signal, the shorter its range. Higher frequency (5GHz) radio waves lose more of their energy passing through solid objects such as walls and floors than lower frequency (2.4GHz) waves.

Although the transmissions are sent with the same power from the source, 2.4GHz wireless band will travel further.

If you want a better connection from further away from your router use 2.4Ghz. If your device is close to the broadband router use 5Ghz. 2.4Ghz has a wider coverage but provides slower speed whereas 5Ghz has shorter range but faster connection speed.

For a seamless gaming experience, 5Ghz is recommended. While 2.4GHz will be sufficient for most games, 5GHz is suited to handle the greater bandwidth demands on multiplayer player high graphics online games.

When a game starts lagging or glitching, it’s time to switch to 5GHz.

4. Click on the SSID (wireless network name) name and scroll down to properties

5. Network band section shows whether you are connected to 2.4GHz or 5GHz

To find out if your MAC is connected using 2.4 or 5 GHz bands, Click on the wireless networking icon at the top of the screen while holding down the Option key.