What is Local Loop Unbundling (LLU) 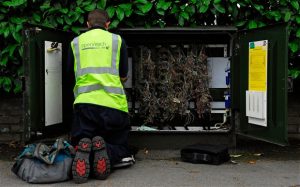 To put it simply it’s the process where multiple broadband providers are able to use the same telecoms infrastructure – Openreach in the UK.

UK Telecoms regulator Ofcom passed legislation in 2001 forcing BT to open up its last-mile copper infrastructure in order to open up more choice, innovation and competition.

Ofcom believed that BT’s monopoly over all the lines was stifling competition and innovation. BT Openreach division was formed and Local Loop Unbundling (LLU) was born.

Third-party broadband internet service providers are now able to access Openreach local telephone exchanges in order to install their own equipment and provide broadband services to customer homes – which is known as the last mile.

These suppliers can now create their own competitive internet broadband bundles and packages to rival BT.

What is an LLU operator?

These providers set up their own internet broadband packages and deals and use the same Openreach network.

Major LLU operators that you probably recognise include;

An LLU operator would require you to have a BT Phone or have a new line to be installed. This is another way to identify if the broadband provider is an LLU operator.

Other Internet broadband providers such as VirginMedia, Zen Kingston in Hull and Hyperoptic broadband have their own network infrastructure.

As you would expect with non-LLU operators, their coverage of the UK is not going to be as extensive as that of an LLU operator.