Who is the Best UK Internet Broadband Service Provider? 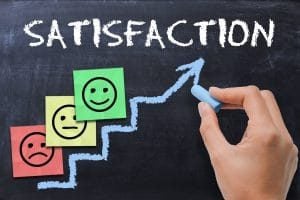 This is one of the most frequently asked questions and searches on google.

The UK broadband market is very competitive. The majority of broadband providers are LLU operators using the same BT Openreach infrastructure and therefore the differentiator between service providers is customer service and satisfaction.

Ofcom, the UK Telecoms regulator monitors and conducts research into the levels of customer service and satisfaction across the ‘main’ communications service providers in the UK.

The main communication service providers are those with a market share of 4% and above. The UK Broadband suppliers that were reviewed in the latest Ofcom report were BT, SKY, EE, Plusnet, Virgin Media, NOW, TalkTalk, Vodafone and KCOM.

We have reviewed the latest Ofcom report (published May 2022) and broken it down into a simple-to-digest summary. 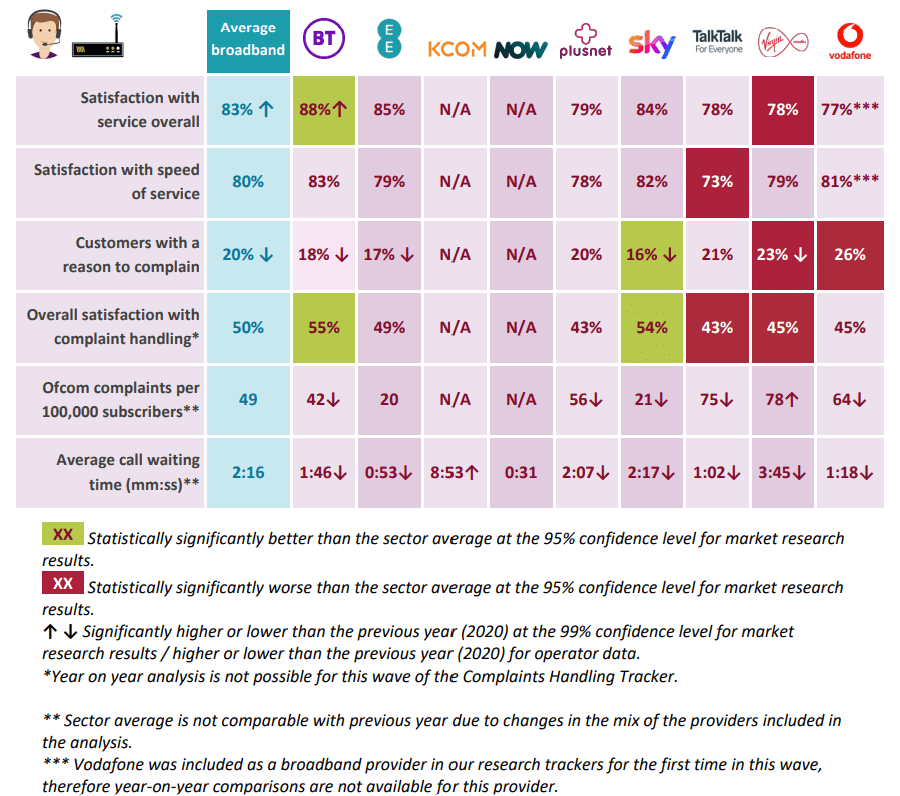 Recommend to a friend: broadband providers

Source: Ofcom Customer Satisfaction Tracker 2021
Note: Vodafone was included for the first time in the 2021 wave due to reaching the minimum market share requirement. 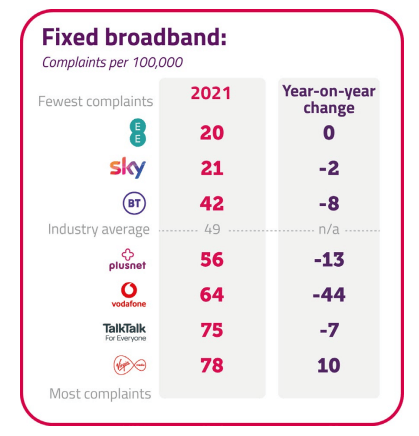 For the second year in a row, EE generated the fewest broadband complaints to Ofcom per 100,000 subscribers.

The average number of broadband complaints per 100,000 subscribers was 49 in 2021, with all providers except Virgin Media generating the same amount, or fewer complaints than in 2020.

Virgin Media generated the most complaints per 100,000 subscribers at 78.

Source: Ofcom / provider data, 2021.
Notes: Abandonment rates are rounded to the nearest whole number. When the actual measurable difference between providers is less than one, their results should be considered comparable. Due to changes in the providers included in the analysis (namely the exclusion of Post Office and inclusion of NOW Broadband), the industry average is not comparable with the previous year. TalkTalk and Virgin Media were unable to provide comparable data about the percentage of calls that ended, so only information about their performance compared to the previous year has been included. See Annex 3 for methodology.